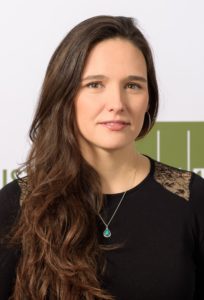 Maria Ibáñez was born in La Sénia (Spain). She graduated in physics at the University of Barcelona, where she also obtained her PhD in 2013. Her PhD thesis was qualified Excellent Cum Laude and awarded with the Honors Doctorate by the University of Barcelona. Her PhD research was funded by a Spanish competitive grant (FPU) which supported her to conduct short-term research stays in cutting-edge laboratories. In particular, she worked at CEA Grenoble (2009), the University of Chicago (2010), the California Institute of Technology (2011), the Cornell University (2012) and the Northwestern University (2013). In 2014, she joined the group of Prof. Dr. Kovalenko at ETH Zürich and EMPA as a research fellow where in 2017 she received the Ružička Prize. In September 2018 she became an Assistant Professor (tenure-track) at IST Austria and started the Functional Nanomaterials group. 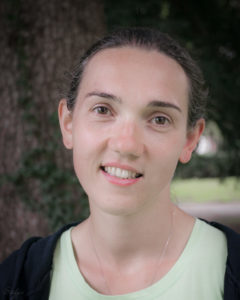 Magali was born in France. She first studied Chemical Engineering at the École Nationale Supérieure de Chimie de Lille in her native France. She received her PhD in Organic and Macromolecular Chemistry in 2007. She then worked as a postdoctoral research associate in the group of Nicholas J. Westwood at St. Andrews University, U. K. then at the Institute of Organic and Analytical Chemistry at the University of Orléans, France. She has experience in heterocyclic and medicinal chemistry as well as in multistep synthesis. She then joined, in 2016, the company Greenpharma in Orléans, France as a medicinal chemistry manager to develop hemisynthesis and bioisosteres of natural compounds scaffolds. She joined the Ibáñez group in November 2020 as a project technician. 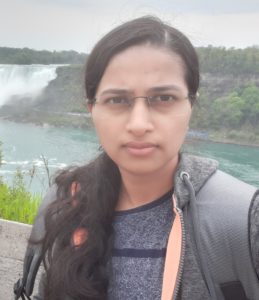 Sharona Horta was born in India. She received her PhD degree in material science from Jawaharlal Nehru Centre for Advanced Scientific Research (JNCASR), India, in July 2021, under the supervision of Prof. Ranjan Datta. In November 2021, she joined the Ibáñez group as a postdoc. Her research focuses on the in-situ structural characterization of a thermoelectric material by TEM.
Office: I23.O2.007
E-mail: sharona.horta@ist.ac.at
Phone: +43 (0)2243 9000-2117
Dr. Shengduo Xu 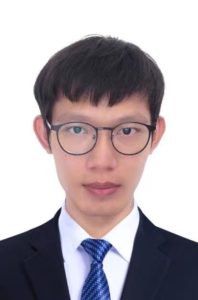 Shengduo Xu was born in China. He received his BE degree and Master degree in Energy Science and Engineering from Harbin Institute of Technology. He went to the University of Queensland in Australia and joined Zhigang Chen’s group in October 2017 as a Ph.D. student, and received his Ph.D. degree in November 2021. In April 2022 he joined the Ibáñez group as a postdoc. He is currently working on flexible thermoelectric materials and devices, and miniaturization of thermoelectric coolers. 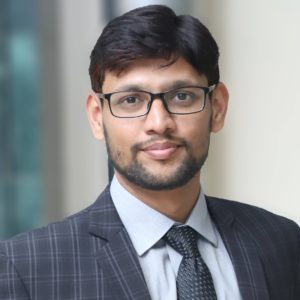 Abid Raza was born in Sahiwal, Pakistan. He received his B.S. degree in electronics engineering in 2012 from COMSATS University Islamabad, Abbottabad Campus, Pakistan and his M.S. degree in electrical engineering from the College of Electrical and Mechanical Engineering, National University of Sciences and Technology, Islamabad, Pakistan in 2014, where he is currently pursuing his Ph.D. under the supervision of Prof. Fahad Mumtaz Malik.  His research focuses on nonlinear robust control and observer design for different applications in the field of engineering science. Abid joined the Ibáñez group in February 2022 as a Predoctoral Visiting Scientist. During the following years, he will help to develop our setup for the high throughput discovery of thermoelectric materials. 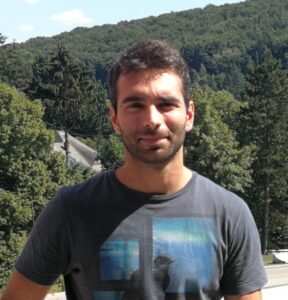 Andreu Bonet Navarro was born in 1995 in Deltebre, Spain. He obtained a B.AS in Chemistry at Universitat Rovira i Virgili (URV) in Tarragona, where he developed a project focused on crystallography. Then he pursued an M.SC in Nanotechnology at the same university in 2017-2018, in collaboration with FiCMA research group, where he kept working on material science and nanotechnology. Afterwards, he started to be interested in renewable energies and embarked on a doctoral thesis in Eurecat Technological center of Catalonia in collaboration with MEMTEC group in URV where he was working on electroreduction of atmospheric CO2 for fuel cell batteries applications from 2018 to 2021. During his PhD studies he automatized his experiments to increase data production, repeatability, and quality. While doing that, he got passionate about automatization and realized that we would need that tool to increase work efficiency and production, particularly in science, but also in many other fields, to accelerate the green transition. After his PhD, he remained one extra year in Eurecat, collaborating with people from different fields to automatize chemical processes. Finally, in 2022 he joined the Ibáñez group, where he will be building a high-throughput setup for the discovery of thermoelectric materials. 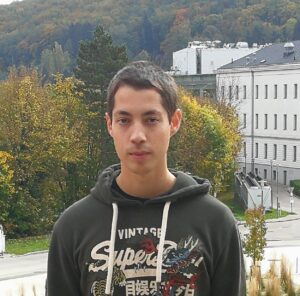 Igor Echevarría was born in Spain. He made his PhD at the University of Burgos under the supervision of the Profs. Gustavo Espino and Roberto Quesada and completed it in September 2022. He joined the Ibáñez group in October 2022 as a postdoc for working on the synthesis of Prussian Blue Analogs for electrochemical applications. 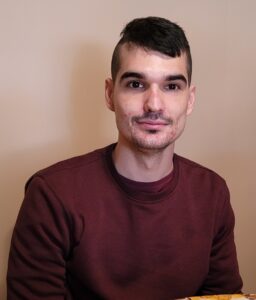 Mario was born in Valencia (Spain) and received his PhD in Nanoscience and Nanotechnology from the University of Valencia in 2021. His thesis was focused on the synthesis and characterization of molecular magnetic materials for spintronic applications. Before completing his thesis, in 2019, Mario carried out a 3-month research internship at ETH Zürich under the supervision of Prof. Salvador Pané, where he learned to combine porous coordination polymers with small-scale robotic platforms. After completing the PhD thesis, Mario moved to the Czech Republic to conduct his postdoctoral research under the supervision of Prof. Martin Pumera. There, he developed hot topics such as light-propelled micromotors, 3D-Printing, and surface functionalization of 2D materials. In January 2022, Mario joined Ibañez group as a postdoctoral researcher and is involved in preparing new Prussian Blue Analogs to be applied in sustainable, efficient, and low-cost batteries. 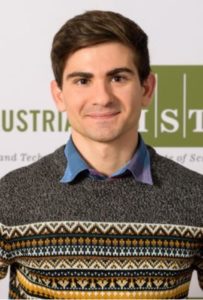 Mariano Calcabrini was born in Quilmes, Argentina. He graduated in Chemical Sciences from the University of Buenos Aires in 2017. During his Master he worked in sol-gel processing of silica gels and nanoparticles. In March 2019 he joined Ibáñez’s group as a PhD candidate studying thin film thermoelectrics and surface chemistry. 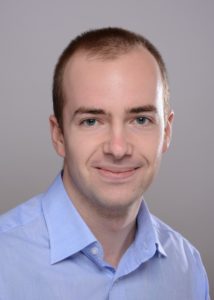 Seungho Lee was born in South Korea. He graduated in Material Science and Engineering from Kookmin University. He received a master’s degree in Energy Science and Engineering from Daegu Kyeongbuk Institute of Science and Technology (DGIST) in 2016. The topic was the synthesis and characterization of nanocrystals for energy devices. In April 2019 he joined the Ibáñez group. His research focuses on the synthesis and characterisation of colloidal heteronanostructures. 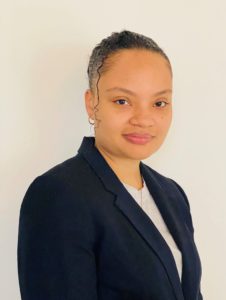 Christine Fiedler was born in Barbados and is also Austrian. She graduated in 2016 from the University of the West Indies Cave Hill, Barbados, with First Class Honours in Chemistry with Biochemistry. She received her master’s degree in 2020 from the Johannes Kepler University in Linz Austria in Polymer Chemistry. Her work focused on the synthesis and engineering of Janus micro/nanomotors and nanoparticle synthesis. Christine started her PhD studies in September 2020 and joined the Ibañez group to work on the processing of thermoelectric materials by solution methods. 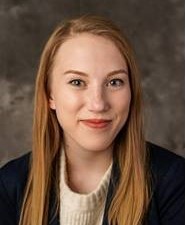 Anna Smirnova grew up in the United States, in South Carolina, and attended Duke University. She graduated in 2022 with a B.S. degree in Chemistry with honors. Her bachelors thesis studied polymer additives in perovskite materials. She completed an internship with the Ibanez group in the Summer of 2021 and is returning for a year-long internship. 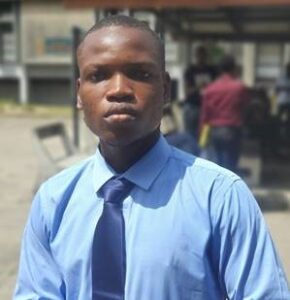 Abayomi was born in Lagos, Nigeria. He received his Bachelor’s degree in Mechanical Engineering from the University of Lagos. His thesis was titled “Constructal design of combined heat sink with various microchannel shapes”. His research focused on the numerical investigation into the thermal performance of combined heat sinks for the thermal management of microelectronic devices. Abayomi joined the Ibáñez group in October 2022 as a scientific intern and will help to develop our setup for the high throughput discovery of thermoelectric materials. 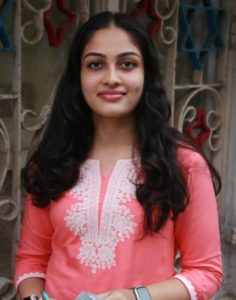 Aiswarya was born in India. She received her Master’s degree in Nanoscience and Technology from Bangalore University. Her thesis for the same was titled “Flexible UV sensors based on MoS2 nanostructures” Further, she completed her Post Graduate Diploma in Material Science from Jawaharlal Nehru Centre for Advanced Scientific Research (JNCASR), India where she worked on developing Organic-inorganic phosphorescent hybrids via a supramolecular approach. After her internship with the group in 2022 Aiswarya is back to the Ibanez group as a rotating graduate student. Her research focuses on epitaxially connected quantum dot superlattices and its electrical transport studies. 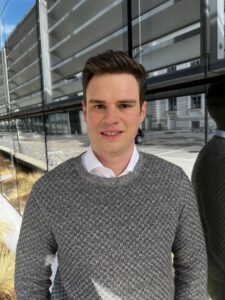 Samuel Hajek was born in Graz, Austria and did his bachelor and master’s in chemistry at the Technical University Graz. In his master thesis he studied the rotational and translational behavior of single molecules on different metal surfaces via LT-STM, this study was used as preparatory work for the 2nd Nanocar race. After two exchange semesters in Waterloo, Canada and Bern, Switzerland he joined the Ibáñez Group in January 2022 as a rotation student. His research focuses on the modification of polymer surfaces with nanoparticles.

There are no upcoming events.